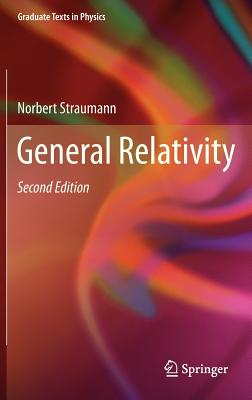 By Norbert Straumann
$137.49
We can usually get this book in 3 to 5 days, except during a pandemic. We are doing our best

This book provides a completely revised and expanded version of the previous classic edition 'General Relativity and Relativistic Astrophysics'. In Part I the foundations of general relativity are thoroughly developed, while Part II is devoted to tests of general relativity and many of its applications. Binary pulsars - our best laboratories for general relativity - are studied in considerable detail. An introduction to gravitational lensing theory is included as well, so as to make the current literature on the subject accessible to readers. Considerable attention is devoted to the study of compact objects, especially to black holes. This includes a detailed derivation of the Kerr solution, Israel's proof of his uniqueness theorem, and a derivation of the basic laws of black hole physics. Part II ends with Witten's proof of the positive energy theorem, which is presented in detail, together with the required tools on spin structures and spinor analysis. In Part III, all of the differential geometric tools required are developed in detail. A great deal of effort went into refining and improving the text for the new edition. New material has been added, including a chapter on cosmology. The book addresses undergraduate and graduate students in physics, astrophysics and mathematics. It utilizes a very well structured approach, which should help it continue to be a standard work for a modern treatment of gravitational physics. The clear presentation of differential geometry also makes it useful for work on string theory and other fields of physics, classical as well as quantum.

Norbert Straumann (born 6 August 1936 in Niedererlinsbach) is a Swiss physicist. He attended public schools and studied physics and mathematics at the ETH in Zurich, where his instructors included Heinz Hopf, Res Jost, Wolfgang Pauli, Paul Scherrer, Eduard Stiefel, Walter Heitler, Rolf Nevanlinna and Bartel Leendert van der Waerden. In his diploma thesis in 1959, Professor Straumann dealt with the characterization of generalized free fields in the axiomatic field theory, which he wrote under the direction of Res Jost. In 1961 he completed his doctorate under Walter Heitler with a thesis on hyperon and meson mass differences in a non-local field theory. In subsequent years, he was a research associate of Walter Heitler. From 1964 to 1965 he was a Fellow at CERN in Geneva, serving as an assistant professor at the University of Zurich. From 1967 to 1968 he taught as an associate professor at Duke University in North Carolina. At that time his focus was on the mass differences for bosons and the current algebra, a forerunner of the modern theory of strong interactions. In 1969 he began forming a theory group for the former Swiss Institute for Nuclear Research (now the Paul Scherrer Institute). In the seventies he changed his focus, growing more interested in the theory of gravitation. In this context, he placed great emphasis on the historical aspects of gravity. In 1969, Straumann became a professor at the University of Zurich, and the years and decades that followed saw him increasingly involved in major associations. From 1980-1987 he was a member of the Scientific Council at the Swiss National Science Foundation; from 1985-1986 he was a visiting professor at the Institute for Theoretical Physics at the University of Bern. In 1988 he was a visiting professor in Amsterdam. From 1997-2000 he worked on an advisory board of the Albert Einstein Institute in Potsdam. In 2001 he retired, and has since written a number of further works on the theory of gravitation, primarily addressing the classic fields of theoretical physics (mechanics, electrodynamics, thermodynamics and kinetic theory, statistical mechanics, special relativity, general relativity and astrophysics, cosmology and black holes). His lecture notes, which have partly been published in book form, influenced a whole generation of students and researchers at the University of Zurich.In recognition of his achievements, in 2005 Norbert Straumann was awarded the title of Doctor Philosophiae Honoris Causa from the University of Bern.