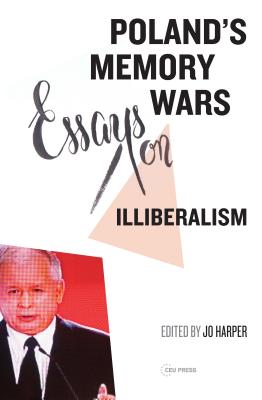 This volume of essays and interviews by Polish, British, and American academics and journalists provides an overview of current Polish politics for both the informed and nonspecialist reader. The essays approach the questions why and how PiS: Law and Justice, the party of Kaczynski, returned to power and why and how it is doing what it is doing while in power. They help understand and make sense of how "history" plays a key role in Polish public life and politics. The language about PiS in Western media tends to rework old stereotypes about Eastern Europe that had lain largely dormant for some time. The book addresses the underlying question whether PiS was just fast enough in understanding its electorate, and helped Poland simply reverting to normalcy? Isn't this New Normal a lot like the Old Normal: insular, conservative, xenophobic, and statist? The book looks at the current struggle between one 'Poland' and another; between a Westernlooking Poland and an inwardlooking Poland, the former more interested in opening to the world, competing in open markets, working within the EU, and the latter more concerned with holding onto tradition. The question of illiberalism has gone from an 'Eastern' problem (Russia, Turkey, Hungary, etc.) to a global one (Brexit and the U.S. elections). This makes the very specific analysis of Poland's illiberalism applicable on a broader scale.

Jo Harper is a freelance British journalist based in Warsaw, writing for the BBC, Politico, Deutsche Welle and others. He is editor of Poland's Memory Wars: Essays on Illiberalism (CEU Press, 2018) on the rise of PiS, and holds a PhD from the London School of Economics on Polish political history.