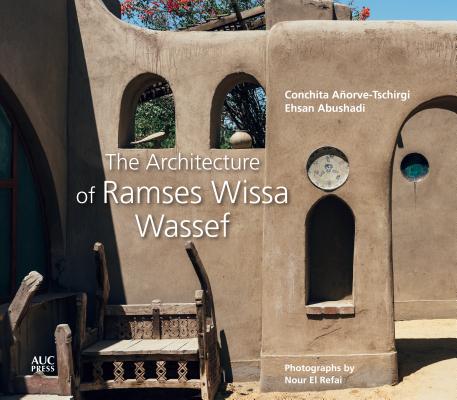 With full color throughout and over 350 photographs, plans, and sketches, this is the first comprehensive volume on Egyptian architect Ramses Wissa Wassef's extensive and hugely influential body of work and its legacy in Egyptian heritage.

The pioneering Egyptian architect and teacher Ramses Wissa Wassef (1911-74) is best known for his founding in 1951 of the Ramses Wissa Wassef Art Centre in Harraniya, a small village near the Giza Pyramids in Greater Cairo. The center, internationally acclaimed for its tapestries and sculptures, began partly as an art school for young villagers, reflecting Wissa Wassef's aim of reviving traditional Egyptian architecture and crafts, and his belief in the innate creative power and potential of children.

Less well known are Wissa Wassef's prolific architectural output and his efforts and influence beyond the confines of the Harraniya center to promote artistic expression among Egyptian youth. This generously illustrated volume is the first comprehensive survey of Wissa Wassef's architectural works, both extant and non-extant, shedding light on his legacy and significant engagement with vernacular and contemporary Egyptian architecture. Wissa Wassef renounced self-promotion and monetary reward in his work, placing human physical and psychological well-being at the center of his architectural philosophy. An astute observer and modest personality, he saw himself as part of the people and began experimenting with participatory design and people-centered architecture before they became popular.

The Architecture of Ramses Wissa Wassef reveals Wissa Wassef's profuse architectural oeuvre, which spanned private villas and rural houses, as well as public buildings, such as churches, schools, and museums, highlighting his rich contribution to Egypt's architectural heritage at a moment when that heritage is at risk of being lost.