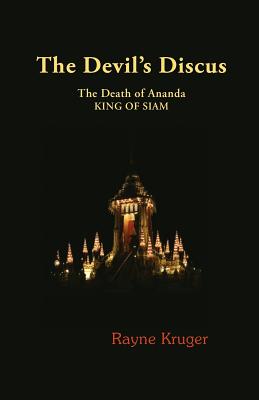 A detailed investigation into the dramatic demise of Ananda, the European born and educated heir to the Siamese crown. Ananda returned to Thailand in 1945, at the conclusion of WWII, at the tender age of 20, to assume his royal role, yet only six months later was discovered dead in the palace of a gunshot wound. Following a painfully extended investigation and trial, three palace aides were convicted and executed for regicide, and one of Thailand's brightest and most promising politicians, implicated in the 'crime' was driven into exile. Author Kruger, who had unprecedented access to members of the inner circle of the Thai royal family (although these contacts remain unidentified), drew the conclusion that Ananda's death was most probably an 'accidental suicide'. Thus it appears that the sad, most likely accidental, death of the young king was exploited for the purposes of a political vendetta, and that three innocent victims were executed to maintain the fa ade. Kruger's book was incendiary to the Thai establishment and was quickly banned in the country where it remains banned to the present day. The inexplicable rarity of the original edition implies a concerted effort, by parties unknown, to corner and destroy as many printed copies as possible. A fascinating read, of particular relevance today as royalist forces continue their struggle to dominate the direction of the country by whatever means possible.