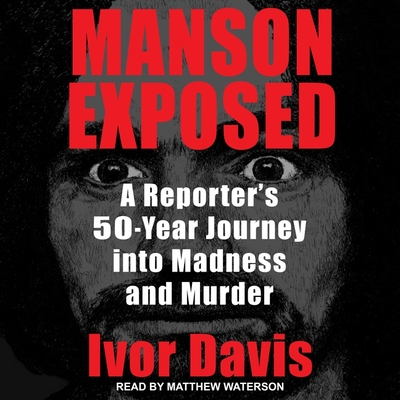 
This book has been declared out of stock indefinitely, so we are unlikely to be able to get it.
American based Foreign correspondent Ivor Davis delivers a gripping, I was there eye witness, inside story about the most notorious murder spree of the twentieth century. In Manson Exposed: A Reporter's Fifty-Year Journey into Madness and Murder, Davis is the brutally honest guide to this true crime horror story. In this mix of personal memoir, criticism, and investigative journalism, Davis delivers a truly original take on the byzantine case that terrified and mesmerized the nation, including his new conclusion that the Beatles didn't make them do it. Davis was on the front lines of the story and offers vivid, personal accounts, interviews and hitherto unknown details from the very beginning right up to the death of the blue collar psycho named Charles Manson. He charts the tragic inside stories not only of the those murdered but of the long list of Collateral Damage victims: the rock star, the Oscar-winning director and the entertainment legends, whose lives were also destroyed by Charles Manson and his crackpot acolytes.