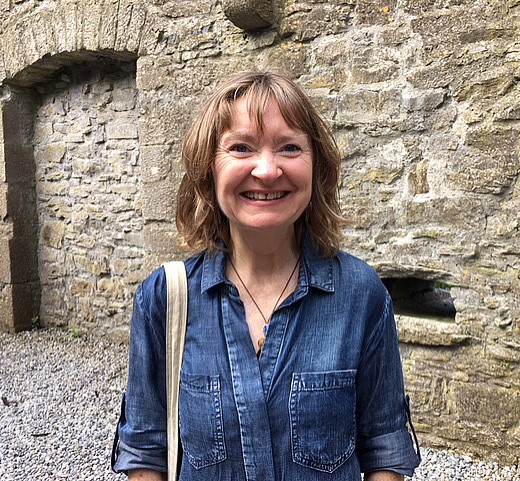 We are excited to host Gemma Whelan for the launch of her second novel, Painting Through the Dark. Gemma will be in conversation with Portland author Rene Denfeld, the author of several books, including The Enchanted, The Child Finder, and The Butterfly Girl.

Gemma's new novel tells the story of feisty 21-year-old Ashling O'Leary, who flees the emotional shackles of her family in Ireland and the convent where she was training to be a nun. She arrives in San Francisco in 1982 with a backpack, a judo outfit, her artist's portfolio, a three-month visa, and a determination to find a way to speak up about the abuse of girls and women in Catholic Ireland. As she becomes embroiled in a whirlwind of love, art, and deception, Ashling learns that her success as an artist and a human being depends on dealing with the ghosts of her past and speaking out on behalf of others.

Gemma is an award-winning director, screenwriter, and educator. As an Irish immigrant to the U.S. her perspective crosses the boundaries between cultures, and as an artist she gives expression to stories that have been suppressed. She was the Founding Artistic Director of Wilde Irish Productions in the San Francisco Bay Area and Corrib Theatre in Portland. In Portland, she has also directed at Artists Repertory Theatre, Profile Theatre, Milagro, CoHo Theatre, Boom Arts, and Portland Center Stage’s JAW Festival. Gemma has extensive experience working on both classical and contemporary works and has directed and assisted in the development of numerous world premieres. She has taught theatre and film at colleges, universities, and conservatories from San Francisco to Singapore. Her novels are Fiona: Stolen Child and Painting Through the Dark. She is also published in the Wordstock Ten Anthology and New Hibernia Review. Gemma earned her BA in English and French at Trinity College, Dublin, and has graduate degrees in Theatre (University of California, Berkeley) and Film (San Francisco State University).

Painting Through the Dark (Paperback)