Several years ago in an interview for The Oregonian, Kirsten Rian asked Harold Johnson what informs his work, and his response aptly conveys so much about this new book: “The intent to create a culturally resonant statement drives each effort to make something. It starts, I think, with an awareness of mortality. It involves sound, language, in an effort to artistically present my particular experience of time where I am.”  Article.II.The Gallery is a collection of poems, one for each US President up to number 44.  Each poem creates a vivid picture of a president, illuminating both his (because so far they have all been male) historical record and the response from the African-American perspective.

Harold Johnson is a lifelong resident of the Pacific Northwest, beginning with growing up in Yakima. He graduated with degrees in English and art from the University of Portland and Portland State and taught English and visual art in high schools and colleges. A former editor of Fireweed, his work is featured in many journals and anthologies, including New Poets of the American West.  Now retired, he has recently published his first novel, The Fort Showalter Blues. He is also the author of a previous book of poetry, Citizenship, as well as several chapbooks. He lives in Portland with his wife, artist-professor Anne Johnson. 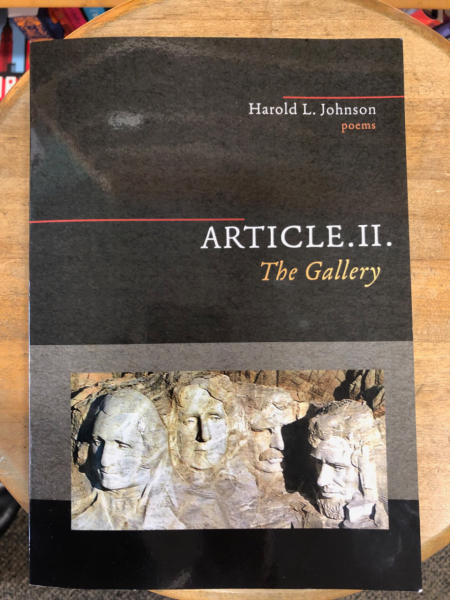